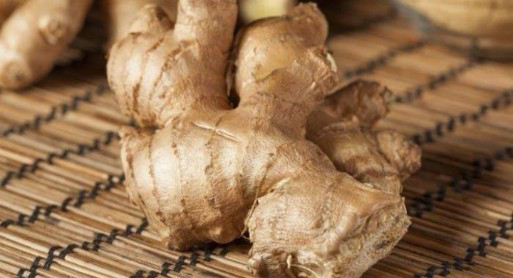 However, this one spice plant also has very diverse functions and benefits.

In fact, almost all parts of the plant which is often called Zedoaria (Curcuma Zedoaria) can be used for medicine.

Not only that, white turmeric is also often used as a cooking spice in several countries in Asia.

White turmeric itself is known to be native to India and Indonesia, but has also been cultivated in Europe, the United States, and various other Asian regions.

This plant is commonly found in several countries such as Bangladesh, Sri Lanka, India, China, Japan, Brazil, Nepal, and Thailand.

Benefits of White Turmeric for Health

White turmeric is very good for the body because it has various ingredients including tianin, starch, curcumin, essential oils, sugar, saponins, resins, flavonoids, to toxic proteins that have the ability to prevent the growth of cancer cells.

This is what makes white turmeric often used as a traditional treatment to treat menstrual disorders, dyspepsia, vomiting and cancer.

Well, below are some of the health benefits of white turmeric that you can use in your daily life.

For thousands of years, white turmeric has been used to treat digestive problems, especially in the digestive tract.

The essential oil in it is useful in the treatment of colic, indigestion, seizures, loss of appetite, worms, flatulence, to irregular bowel movements.

It is also a natural aid in preventing stress-related ulcerations.

White turmeric is an anti-inflammatory agent that helps treat inflammation, wounds, and other skin ailments.

Not only that, in Indonesia this spice is also often used to treat inflammatory bowel disease (ulcerative colitis).

It is believed to protect the lungs of asthmatic patients by limiting the release of inflammatory mediators during short-term therapy.

The diuretic properties of this plant also support the elimination of toxic substances in the body and excess fluid, especially in the joints.

If there is no detoxification, it can cause inflammation and pain in cases of arthritis and rheumatism.

Extracts from plants that include gingers can also show strong anti-microbial activity against E.coli, S.aureus, Cornyebacterium species, Candida sp, Aspergillus sp. and others.

Research has found that the anti-microbial action in white turmeric is also as strong as commercial mouthwashes in inhibiting the growth of oral pathogens.

The antifungal activity in this plant is also effective in stopping the growth of drug-resistant fungal species.

It also prevents the growth of the amoeba, Entamoeba histolytica and also exerts a larvicidal effect against mosquitoes.

Curcumin, a compound present in this plant, exhibits better pain-relieving activity than aspirin.

The extract has been shown to have pain-relieving activity during stomach spasms. Together with the compound dihydrocurdione, curcumin contributes to its analgesic activity.

Curcumin also exerts anti-allergic activity and can be therapeutic in skin-related allergic reactions.

Curcumin also exhibits the highest anti-allergic activity and this is mediated by inhibiting the activity of inflammatory proteins and preventing the release of chemicals that initiate allergic reactions.

Flour from white turmeric root is thought to reduce the amount and acidity of gastric juices so that it can be used as an ulcer medicine.

However, these benefits still require clinical research in humans.

White turmeric extract can also be an antidote or antidote to snakes.

This can happen because white turmeric can inhibit the activity of snake venom.

White turmeric is believed to play an important role in inhibiting cancer metastasis or the spread of cancer from one organ to another.

However, its effectiveness to treat cancer still requires further research.

However, both still need medical research to prove it.

White turmeric is thought to be able to treat female complaints such as vaginal discharge, relieve pain during menstruation, and facilitate menstruation.

However, this has not been proven medically and still needs further research. (Beritamanado)