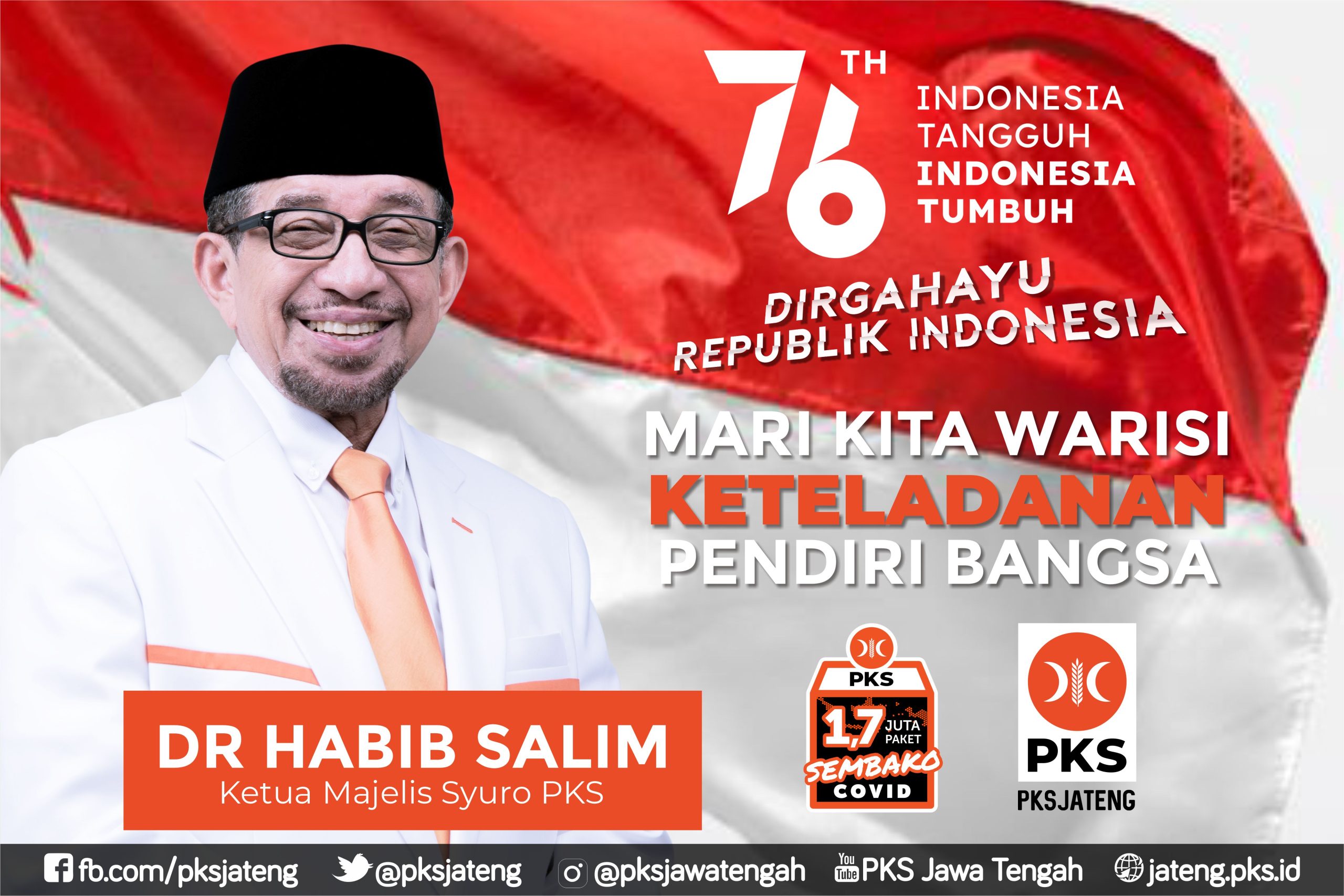 SEMARANG (Sigi Central Java) – Representing the Regent of Blora H. Arief Rohman, Acting Assistant I of the Regional Secretariat of Blora Drs. Sugiyanto, participated in the release of the Merdeka Exports of agricultural products through 17 export gates which were officially released by the President of the Republic of Indonesia, Joko Widodo, virtually from the Bogor Presidential Palace, West Java. Saturday (14/8/2021).

In the event, Acting Assistant I of the Secretariat Blora Sugiyanto participated in the event at one of the export gates centered at the Port of Tanjung Emas Semarang, which was attended directly by the Governor of Central Java Ganjar Pranowo, SH., M.IP.

In his report, the Minister of Agriculture (Mentan) Syahrul Yasin Limpo explained that the total value of exports in the activity entitled Free Agricultural Exports in 2021 reached Rp7.29 trillion.

“Exports that will be released on this occasion are 627.4 million tons, the value is Rp. 7.29 trillion, including the first commodity for plantations 564.6 million tons, food crops 4.3 million tons, horticulture 7.2 million tons, livestock 4 0.0 million tons, and several other commodities,” said the Minister of Agriculture who was present at Tanjung Perak Port, Surabaya.

In his remarks, President Joko Widodo released agricultural commodity exports virtually from the Bogor Presidential Palace, West Java. The exports are carried out simultaneously from 17 Indonesian export gates and will be sent to 61 export destination countries.

Jokowi explained that these exports became a momentum to strengthen Indonesia’s agricultural commodity exports, and marked the revival of the national economy in the midst of the Covid-19 pandemic. Even so, his party requested that the domestic market be strengthened. In addition, there needs to be an invitation to the public to love and buy agricultural products in Indonesia.

“For healthy food consumption, foreign markets are also being worked on intensively, integrated, integrated and starting to go to non-traditional countries, so that the potential is wider,” he said.

Likewise, the Governor of Central Java, Ganjar Pranowo, in a brief discussion proposed the Tanjung Emas Port in Semarang to become a horticultural port to increase the export value of agricultural commodities in Central Java. He admits that the idea has been submitted and is currently waiting for approval from the ministry.

“I’ve been writing letters for a while, how come it doesn’t go down and down. Coincidentally, when I met the Minister, I asked that the Semarang port be made a horticultural port. Just waiting for the signature of the minister. In that way, we hope that our agricultural products will be exported from here,” said Ganjar after attending the export release event for Central Java Province agricultural commodities at the Tanjung Emas Port Container Terminal, Semarang, Saturday (14/8/2021).

Meanwhile, from the food crop sector, there are edamame, porang, green beans, and corn flour. The next commodities from the horticulture sector are fern and ruscus leaves, okra, dried taro leaves, bonsai, jasmine flowers, cardamom, turmeric, and grass jelly leaves.

“We can just send the fern leaves, the jasmine flowers are all beautiful and can be sold too. It turns out that we also have nutmeg, then coffee. Swallow’s nest also has a stable price in the midst of these conditions. The exporter said that he had been doing this for 5 years. Then wood, edamame, and of course porang which is currently very good,” explained Ganjar.

The high export of the horticulture, plantation and food crop sectors, Ganjar continued, proves that in the midst of this pandemic the economic condition is still growing even though the absorption of labor is still not optimal.

According to him, this can be seen from the Merdeka Exports program from the central government for a week with a value of IDR 7 trillion. This means that in a day the average value of Indonesia’s exports is Rp. 1 trillion.

“Central Java’s export commodities were also high in that period. If this (Semarang Tanjung Emas Port) becomes a port with horticultural functions and facilities are provided, hopefully our exports of agricultural commodities will be much more,” he said.

“When the industry is running in Kendal, the closest one is here because we are also negotiating the port there, if it can’t happen (in Kendal) then here it must be done immediately. I’ve checked with the manager, customers, including Pelindo as well, there are no thugs asking for tips, it turns out they don’t exist because they have been controlled by the system. So there is no more, the term friends, there is no friendship between people,” said Ganjar.

Meanwhile, Acting Assistant I of the Secretariat of Blora Drs. Sugiyanto, M.Sc., after participating in the export independence event, will convey to the Regent of Blora anything that can support the central government’s steps.

“In Blora, there were representatives from porang farmers from Jepon District, this is certainly a good momentum considering that porang commodities are also exported. This is an opportunity for farmers, so porang also has extraordinary results,” he said.

One of the Porang farmers, Agus Joko Susilo admitted that he had started planting porang since 2019, but the results can already be felt. With this export, of course, it will be an encouragement to be more active in planting porang.

“I was asked by the governor, how are the results of porang planting? I answered that the results were quite good, with the addition of this porang export, I’m sure that in the future porang will be more and more in demand by farmers in Blora and outside Blora,” he said.

The following are the details of the 17 locations for the release of these export products, namely: