Governor of Lampung: Agricultural Commodities Become One of the Mainstay Provinces for Exports 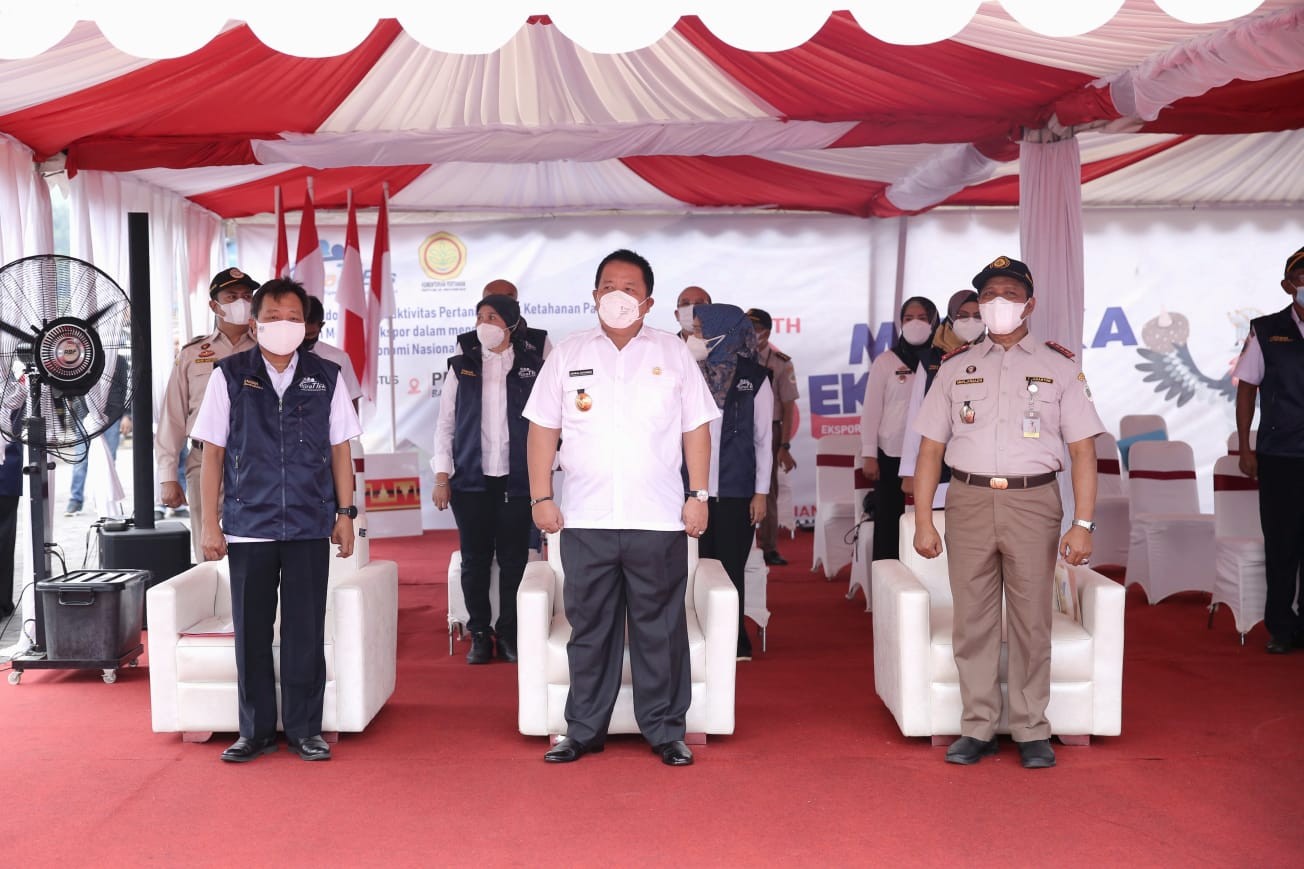 BANDAR LAMPUNG (Lampungpro.co): Lampung Governor Arinal Djunaidi attended the Virtual Launching of Merdeka Exports by the Ministry of Agriculture at Port Panjang, Saturday (14/8/2021). On that occasion, the President of the Republic of Indonesia, Joko Widodo (Jokowi) together with the Minister of Agriculture Syahril Yasin Limpo as well as regional leaders at 17 selected outlets, simultaneously released exports of Indonesian agricultural commodities to 61 countries in the world. Jokowi released the export of potential regional agricultural products with a total value of IDR 7.29 trillion.

President Jokowi highly appreciates farmers who are still surviving in the midst of this pandemic in providing food needs. Even still able to encourage exports of Indonesian agricultural products. “Agriculture is one sector that is able to survive the Covid-19 pandemic. At this time we will launch exports simultaneously at 17 doors in Indonesia. This is the best momentum that marks the revival of the economy in Indonesia,” he said. Jokowi also said the Farmer’s Exchange Rate (NTP) in June 2020 was at 99.60 and consistently increased until December 2020 it reached 103.25 and in June 2021 it reached 103.59. “This is good news and can spur the enthusiasm of our farmers to remain productive during the pandemic,” Jokowi continued. Meanwhile, Governor Arinal explained, in the midst of the Covid-19 pandemic, it should be grateful that Lampung’s agricultural product exports are still continuing. “This shows that the wheels of the agricultural sector in Lampung Province are still moving. It is our common hope that this will have a positive impact on improving regional economic performance and the welfare of farmers in Lampung Province,” he said. He said that robusta coffee, tapioca, coconut milk, pineapple and bananas were superior export products originating from Lampung Province and efforts were made to be able to export other agricultural products. “Furthermore, we will try other agricultural products from Lampung that can be exported directly from here,” said Arinal. Governor Arinal hopes that Lampung will become one of the mainstay provinces in Indonesia in terms of exports. “Hopefully, Lampung will become one of the mainstay provinces for exports,” he said. As is known, Lampung Province is one of the selected export gateways to release exports of agricultural products. During this August, Lampung has exported agricultural products from various sub-sectors including plantations, food crops, horticulture, forestry, and other types with total agricultural exports reaching Rp660.5 billion with destinations to 47 countries. Head of Lampung Agricultural Quarantine, Muh. Jumadh also explained that based on IQFAST (Indonesia Quarantine Full Automation System) data belonging to the Agricultural Quarantine Agency, in 2020 agricultural exports from Lampung Province reached Rp. 10.7 trillion, up 20.6% from the previous period of Rp. 8.25 trillion. The first semester of 2021, has reached Rp. 5.6 trillion, an increase of 32.14% compared to the same period in the previous year, which only reached Rp. 3.8 trillion. (***)